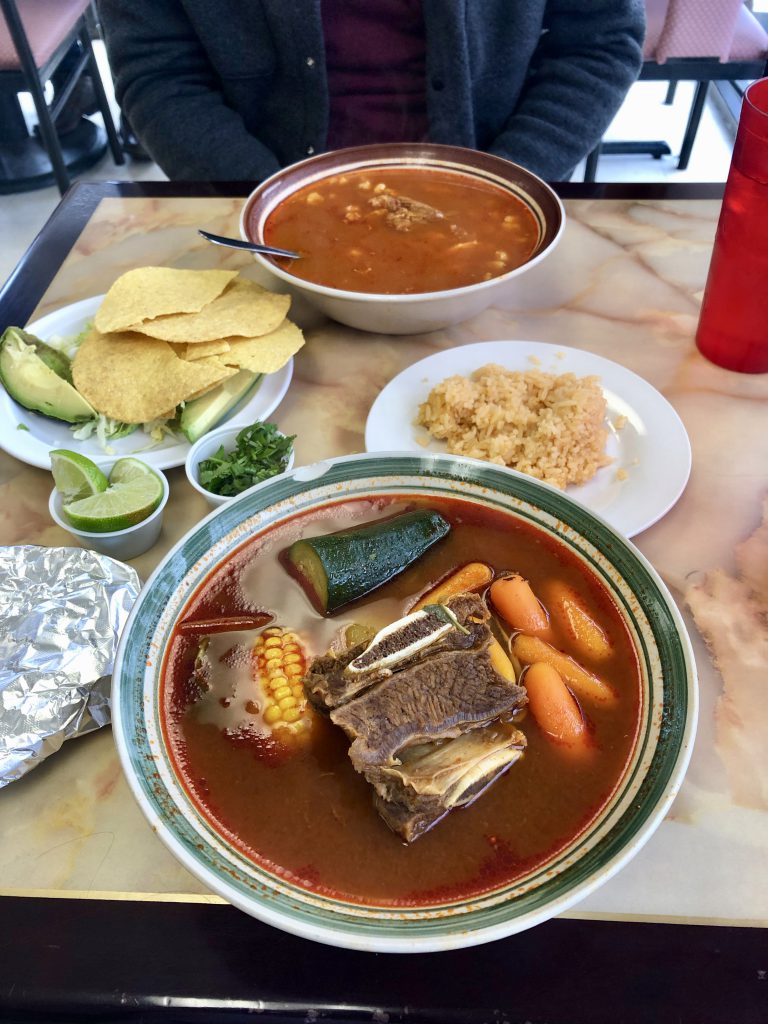 On Sunday we decided to venture a little further west in search of Mexican food (and Mexicans). 🙂 We found a whole area loaded with Mexican groceries, taquerias, panaderias, etc. Woohoo!

We stopped at a spot called La Caldasa, which promised lots of soups and homemade tortillas. J got the posole, and I tried the caldo de res – both were very good, but very different from what we’re used to! The broth was spicy and light, and the caldo de res had HUGE chunks of meats and veggies, which made it a little hard to eat. Still, the corn tortillas were great, and I’d like to go back to try some of the tacos.

After that, we stopped at a supermercado to pick up tortillas, our favorite hot sauce (Valentina), fideos/conchas/ruedas, and a few other things.

I think Sunday exploring might become a ritual for us – followed by games at our local coffee shop!

We stopped by Village Grind to have some coffee and play a round or two of Code Names (our fave game). It was kind of a lovely morning.

(I’m still trying to figure out this blog template, so sorry that some of photos are EXTRA LARGE) 😀

These Windows, and Groceries

Type your search keyword, and press enter to search